Bruce Springsteen: once there was Darkness…now there is light

Where once there was darkness – now there is light !

It is always a special moment when a photographer is re-united with long lost negatives, and as a result is able to offer signed limited editions created from the very best source material. It happened with Gered Mankowitz and his long lost Rolling Stones Out of Our Heads / December’s Children cover image, and it has just happened for our good pal Frank Stefanko.

Every schoolboy and schoolgirl knows that Frank’s photographs appeared on the front cover of Bruce Springsteen’s albums Darkness on the Edge of Town (1978) and The River (1980), and eager Springsteen scholars will know that the photographs for both albums were actually taken at the same sessions in 1978 in New Jersey.

The six photographs that you see here – all from negatives previously thought lost forever – are now available to order for the first time, in a range of sizes. We will let Frank tell the story of the lost negatives: “Forty years ago, when Bruce Springsteen and I were working on the album cover photos for Darkness on the Edge of Town, some of my babies slipped away and were lost for decades. Back then, before the days of digital photography and lightening fast E-mail, I used film in analog cameras. The processing and the transportation of these images was notoriously slow.”

“So when Bruce called and asked for certain images to be sent to the record company “right away”, there was no time to print and ship the photos overnight. As a result, I dispatched original negatives, with the understanding that these would be returned to me in short order. I did receive many of my negatives back. Nevertheless, some of my original “Darkness” out-takes went missing. Lost for four decades!” 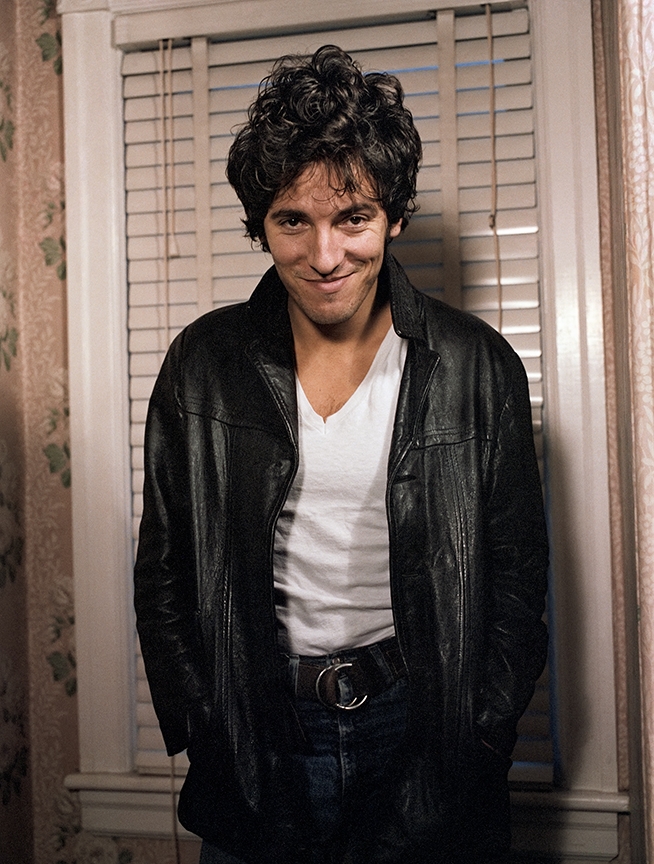 “The mystery began to unravel last year, when my book Bruce Springsteen – Further up the Road, was released, and I ran into some old friends who had been involved with the “Darkness” album production. First I met Jimmy Wachtel, art director for The River album. That cover was shot during the Darkness sessions. Jimmy thought he might have the full-frame inter-negative from The River. “AH HA! A clue”

“Next, I met Dick Wingate, who was Columbia’s Product Manager on Darkness. Dick felt he still had some original Darkness negatives somewhere in his attic. “ Somewhere in his attic ? AH HA!” Over time, both gents, true to their words, sent my wayward babies back to me. Thanks, guys! Mystery solved!” Frank explains “The negatives were a bit worse for wear after forty years, but lovingly received. After evaluating some twenty of them, I chose six that looked worth cleaning and printing. So now, nearing the end of the forty-year anniversary of the release of Darkness on the Edge of Town, in time for the holidays, I am releasing these six lost photographs.”