In 1967 at his New York studio, Joel Brodsky created what have now become the most recognisable portraits of Jim Morrison – capturing the self styled Lizard King at the peak of his physical and artistic powers. The Doors were poised to release two magnificent albums that year, their self-titled debut, The Doors, and, to many ears, their finest album, Strange Days. ‘Iconic’ is an overused word in the context of celebrity portraiture, but is bang on the money when used to describe Joel’s famous portrait, The American Poet, showing a bare-chested Morrison with arms spread out, staring into the camera. Joel Brodsky’s photographs appeared on the covers of The Doors first two albums, and subsequently on The Soft Parade and many Greatest Hits compilations.

2007 is the Doors’ 40th anniversary year, and the surviving members of the band are planning a feast of Doors related activities to celebrate, including a 4 hour international radio special, a feature length documentary for cinema release, previously unissued live recordings, twin volumes of Jim Morrison’s poetry, a coffee table photo/scrapbook, and significantly, a major exhibit of memorabilia at the Rock and Roll Hall of Fame in Cleveland, Ohio.

I wanted us to play our part in the celebrations, but how? The inspiration came from the new Doors biography by Ben Fong-Torres. The first ever rock ‘n’ roll billboard advertisement on LA’s Sunset Strip featured one of Joel’s portraits of The Doors, blown up to monster proportions. Seeing the archive pictures of this billboard ad on Sunset Strip in Ben’s book really hit it home to me how the visual impact of certain photographs increases dramatically with size.

I’ve always been struck by the power and purity of Joel’s portraits of Jim Morrison, and it seemed a logical step, and a fitting one, that the larger than life character that was Jim Morrison should be seen larger than life. We approached Joel to create something very special and exclusive just for us and which involved larger than life size versions of some of his classic portraits.

Unexpected tragedy struck in the run up to the launch of this exhibition, as Joel Brodsky suffered a heart attack and passed away suddenly and unexpectedly. Joel had been heavily involved in all aspects of planning the show and he was couldn’t wait to come over to the UK to see the photographs on the walls : this was his first UK exhibition and the first time that his Doors photographs had been made in the enormous physical sizes that we are showing them. Any uncertainty over whether we should continue, given his sudden death, was put to rest by his wife, Valerie, who was certain that Joel would have wanted the show to go on : and so Joel’s estate have authorised the creation of these limited edition photographs, exactly as Joel had envisaged.

Consequently we are delighted to be exhibiting and offering for sale, for the first time anywhere in the world, ultra large size limited edition archival pigment prints of twelve of his classic photographs of Jim Morrison and of The Doors. These very large format prints have an image size measuring 50 x 50 inches (125 x 125cm) and are offered in limited editions of just 3 worldwide in this size. When framed, they measure approximately 59 x 59 inches (1.5m x 1.5m) Each photograph is embossed with Joel’s official archive stamp, individually numbered, and supplied with a certificate of authenticity from The Joel Brodsky estate. The prints themselves are made from Joel’s original 1967 negatives by master printer David Adamson of Atelier Adamson, who has been making Joel’s prints for many years and runs one of the world’s foremost fine art digital ateliers, located in Washington DC. This is the first time that these photographs have been made in this dramatic size, a fitting tribute in this 40th anniversary year.

Of course not every home or office has the wallspace necessary to take on these large artworks. Help is at hand as each of the photographs is also available to purchase in a smaller size, with an image measuring 25 x 25 inches (64x64cm). These alternate size prints are made in limited editions of 25 worldwide.

We are also offerering a special portfolio box, containing nine of Joel’s favourite Doors album cover photographs. Each archival print has an image which measures 9 x 9 inches, and is window-matted and is ready for framing. The set of nine prints is housed in a specially designed faux Lizard skin clamshell box. Just forty of these portfolio sets are available to collectors.

We recommend that you view this amazing collection in the flesh. Oh – you should bring some extra breath with you: the photographs will be taking most of it away.

Each of these large format photographs is made in a limited edition of just three examples worldwide in this size. This is a very small edition, and reflects an increasing demand amongst collectors for artworks in smaller and smaller edition sizes, a sign of rarity and exclusivity.

The prints are made by master printer David Adamson of Atelier Adamson in Washington DC, one of the top fine art digital printers in the world today. Each element of the process is designed by David Adamson to ensure that the final prints in the exhibition are the best possible examples of the digital printmaker’s art: from the very high resolution drum scans made of Joel’s original negatives, through to the choices of archival pigment inks and high quality heavyweight 330 gsm papers.

David Adamson was born in England, studied fine art and printmaking at Newcastle University and the Slade school in London. He is a Tamarind certified Master Printer and is considered by many to be the world’s highest-quality digital printmaker. His studio, Atelier Adamson, occupies a lofty position in the realm of digital fine-art printing. David launched Adamson Editions in 1979 as a lithography studio. In 1993 he launched an all-digital atelier devoted to fine art and photographic printing in Washington, DC. Adamson Editions’ prints hang in many private and public museums and collections.

We would be delighted to organise framing for purchasers. The external framed dimensions of a large format photograph measure 59 x 59 inches (150cm x 150cm). We use perspex as the glazing material as this is lighter than glass – an important factor with work this size. We can deliver unframed or framed photographs in the UK, and for overseas clients we would always recommend shipping photographs unframed.

Born, bred and raised in Brooklyn, New York, Joel Brodsky attended Syracuse University where he took a course in photography. After graduation he worked at alocal camera store acquiring the cameras he later went into business with. He served a stint in the army, and then worked as an assistant to one of New York’s top fashion photographers. In 1967 he opened his first studio and, after a period of mild starvation, he made his first music photographs as a favour : they were used on an album cover, and he was on a roll. His fourth cover shoot was for The Doors self titled debut album and this photograph was nominated for a Grammy. He went on to photograph many diverse artists from Aretha Franklin to Judy Collins, from Iggy Pop to Isaac Hayes and from Country Joe and The Fish to Gladys Knight & The Pips. Among his last album sessions was wth Kiss in 1975.

After losing his patience with musicians and frustrated by the reduced size of album artwork brought about by the introduction of CDs, he went back to fashion and beauty advertising photography. 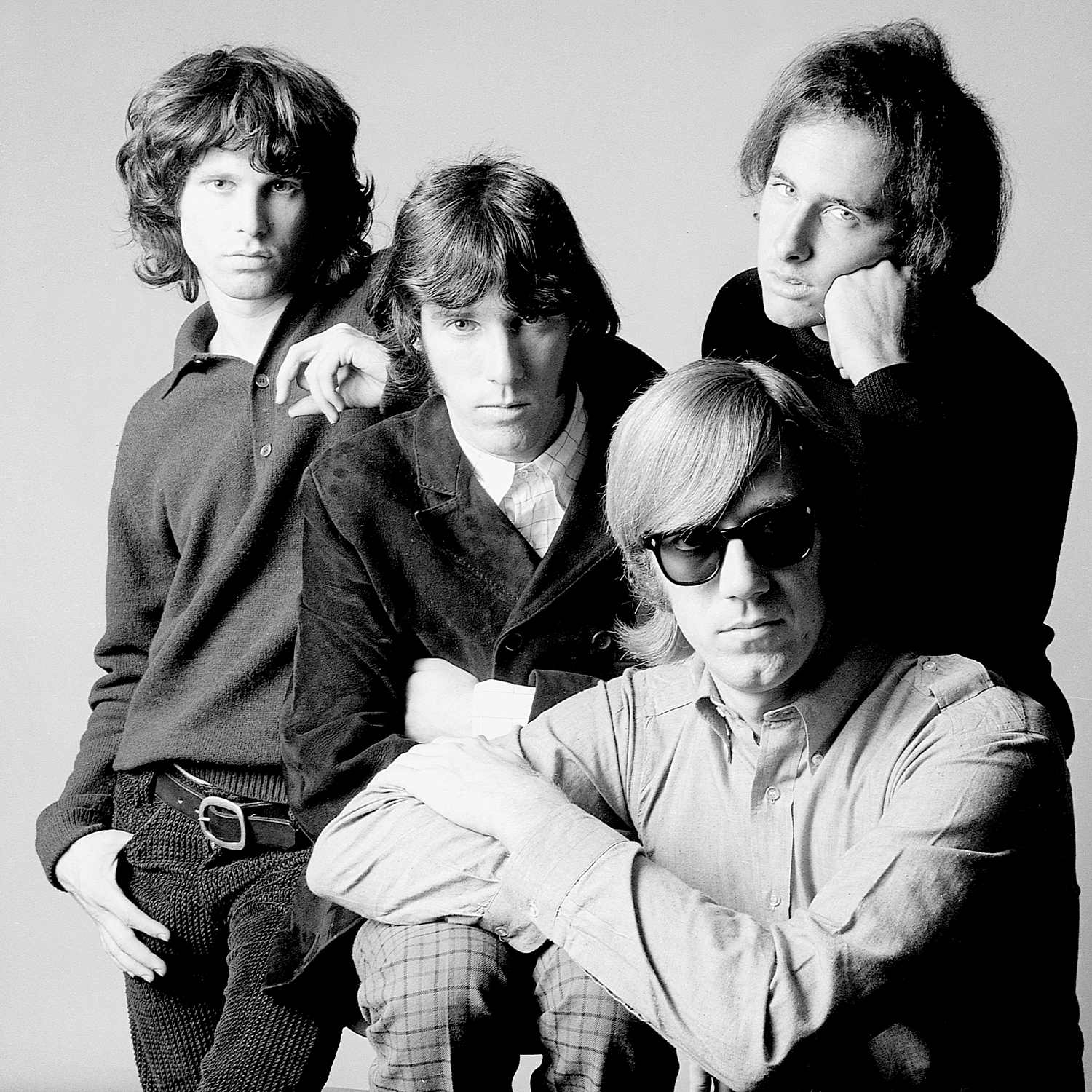